​Coach Hansen graduated from Westminster HS in 1968. He attended UCLA on a football scholarship where he also wrestled. He was named to the 2nd team all CIF football team his senior year in HS and was also an all CIF wrestler in both his Junior and senior years. He was inducted into the National Football Foundation as an academic All-American in 1968. He has been associated with Capo sports since 1988. He coached Varsity football at Capo from 1988 - 1995 during which time Capo won the CIF championship in 1991. He has coached several levels of youth baseball and has been an accredited high school Umpire for many years.

He lives in Ladera Ranch with his wife of 39 years, Evonne. He has four children, Tyler, Matthew, Danica and Erik.​  This is Greg's third year coaching for the Cougars at the freshman level. 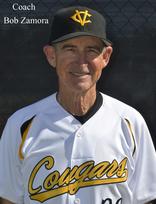 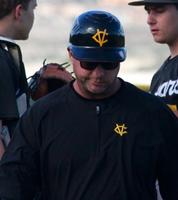 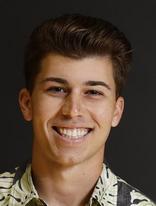 Adam Sorgi is a proud alum of Capistrano Valley High School where he won 2 CIF titles (2000 & 2001) and 3 South Coast League Championships (2000, 2001 & 2003). He was named South Coast League MVP, All-County and was drafted by the Philadelphia Phillies his senior year.  Sorgi decided to hold off on professional baseball and attend Stanford University. While at Stanford, he earned All-Pac 12 honors twice and ended with a .324 (152-469) career batting average with five homers, 73 RBI and three stolen bases in 130 games played and 117 starts.  Sorgi was a smooth fielder with soft hands and was among the Pac-10's top defensive players during his tenure. In 2007, Sorgi was drafted by the Phillies in the 21st round and played one season for them. A shoulder injury ended his playing career.
Sorgi started his coaching career at UC Davis as an assistant coach for one season under Rex Peters, currently Asst. Coach at UCLA. He took some time off to pursue other careers before joining the varsity staff at Santa Margarita Catholic High School.  In his first year, he helped the Eagles win their first ever CIF Division 1 title in baseball. In 2018, Adam Sorgi was named only the 2nd coach in Capistrano Valley High School history as Coach Bob Zamora retired as head coach after 41 years.
Coach Sorgi returned to his alma mater in 2018 as a Health teacher and quickly led his 1st Cougar team to the 2019 South Coast League Championship. A hard fought 2-1 loss to eventual CIF Division 1 CIF Champion Cypress ended the Cougars season in the playoffs.
Coach Sorgi graduated from Stanford in 2007 with his BA in Communication and also holds a Masters Degree in Psychology.  He is also a proud member of the Swedish National Baseball Team and loves to travel with the team and compete against the best in the world.  This is coach Sorgi's fifth year as head coach of the Cougars and has won a South Coast League title every year thus far.

Coaching baseball for the last 20 years, Coach Calabuig has had a huge impact on the Capistrano Valley program.  Offering his services on a volunteer basis for the past 12 years has made him a player favorite.

His son, Chase (Cougar alum), is a currently working his way up the Oakland A's minor league system.

Bob Zamora was raised in Los Angeles and played his high school baseball at Mt. Carmel High School where he was an All-League shortstop and team captain. He then went on to play at Chapman University where he was also the team captain helping them win the National Championship in 1968. Coach Zamora also played and coached for the San Diego Padres from 1969 to 1970.
Coach Zamora was the Head Coach at Capistrano Valley High School for 41 years, retiring as the Head Coach after the 2018 season. Zamora finished with 746 career wins which is second-most in Orange County high school baseball history and in the top five in California state history. During that 41 year span his teams won 17 South Coast League Championships and won 7 CIF Championships, going 7-0 in championship games.
Coach Zamora has seen seven of his former players play in the major leagues: Don August (1981), Milwaukee Brewers; Eric Fox (1981), Oakland A’s; Brandon Puffer (1994), Houston Astros; Brad Davis (2001), Miami Marlins; Kyle Hendricks (2008), Chicago Cubs; Tyler Matzek (2009), Colorado Rockies; Brandon Brennan (2010), Seattle Mariners.
Through all his accomplishments, Zamora has been honored by being inducted into the Chapman University Athletic Hall of Fame; California Baseball Coaches Hall of Fame; and also this year the CIF Southern Section Hall of Fame.
Coach Zamora graduated from Chapman University with his BA in Spanish and also has a Masters in Spanish from UC Irvine.  Zamora resides in Mission Viejo with his wife of 50 years, Cindy. They have 3 children; Dan, Ali, and Peter and 5 grandchildren; Madie, Josie, Cooper, Peyton, and Harper. 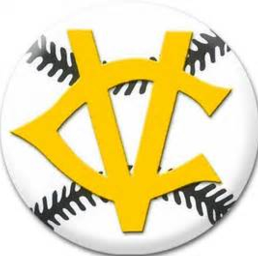 Eric Waln grew up in Orange County and attended Capistrano Valley HS graduating in 1986. While at Capo Valley he was on the surf team. Waln then went on to attend Long Beach St and graduated in 1990 with a Bachelors Degree in Political Science and a minor in English. He began his passion for coaching, mentoring, and developing youth athletes as a simple AYSO and Little League Volunteer, but his true love was always for the game of baseball. In 2013, he returned to Capo Valley coaching the Cats feeder team before eventually becoming a Freshman assistant and ultimately the JV Head Coach.
He embodies the true meaning of Cougar Pride starting with his wife Tricia of 25 years. Tricia graduated from Capo Valley in 1987 and their two children, Bailey and Braden also graduated from Capo Valley. His daughter Bailey a 2013 graduate of CVHS was a 4 year Varsity Cheerleader and Team Captain while attending Capo. She recently attained her Masters Degree from USC as a Clinical Therapist. Waln’s son Braden a 2017 graduate played soccer at CVHS and is currently living it up at Boise State University.  This is coach Waln's third year on the varsity staff.

Born and raised in San Diego and was a standout at baseball powerhouse, Eastlake high school.  Played collegiately at Cal State LA where upon graduation received a Bachelor's degree in Business Marketing.  This is Spencer's first year coaching for the Cougars.  Voted best dressed at practice by other members of the staff. 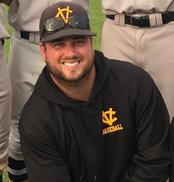